According to sources close to Esportmaníacos, Philippe «Akabane» Le will join GameWard alongisde Nicolas Perez and Malaury «Malau» Restouble for the next season of The Ligue Française de League of Legends (LFL). 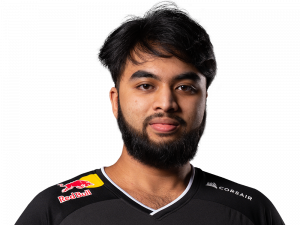 Gameward will be another of the many teams involved in restructuring as we already knew several days ago both the current toplaner Joel «Irrelevant» Miro Scharoll and midlaner Loïc «toucouille» Dubois would leave the organization in search of new challenges.

Nicolas Perez and Malaury «Malau» Restouble would be in charge of leading the new project of the French organisation, taking the roles of coaches and looking to build a new team with Philippe «Akabane» Le as one of their centrepieces. Nicolas will be in charge of the more game-focused details while Malau will be more in charge of the human aspects, forming a duo that complements each other in every angle.

The French jungler would leave BIG after a short stay and despite having several offers from other leagues and many teams interested in LFL, he would have chosen to join his former coaches from Kameto Corp.

Akabane is one of the most promising junglers in the regional League of Legends scene, being his first year in the first division, winning the Prime League playoffs during the summer phase and reaching the semi-finals of the European Masters.

The transfer window will officially open on 15th November, by which time teams will be able to legally register players in the Riot Games database, although by then most players will already know their next destination.